c2c operates in East London and is well known for being one of the most punctual and popular train companies. They have won many awards, including Rail Operator of the Year. c2c is owned by Trenitalia; who themselves run 8,000 trains a day, serving 600 million passengers a year.

If you can't decide where to go, our train map can help. From London Fenchurch Street station, you can explore London and Essex.

c2c trains go to London from a lot of the commuter hubs. If you fancy a more relaxed trip, you can head to the seaside resorts of Leigh-On-Sea and Southend.

Click on the Image and Zoom In to have a better view... 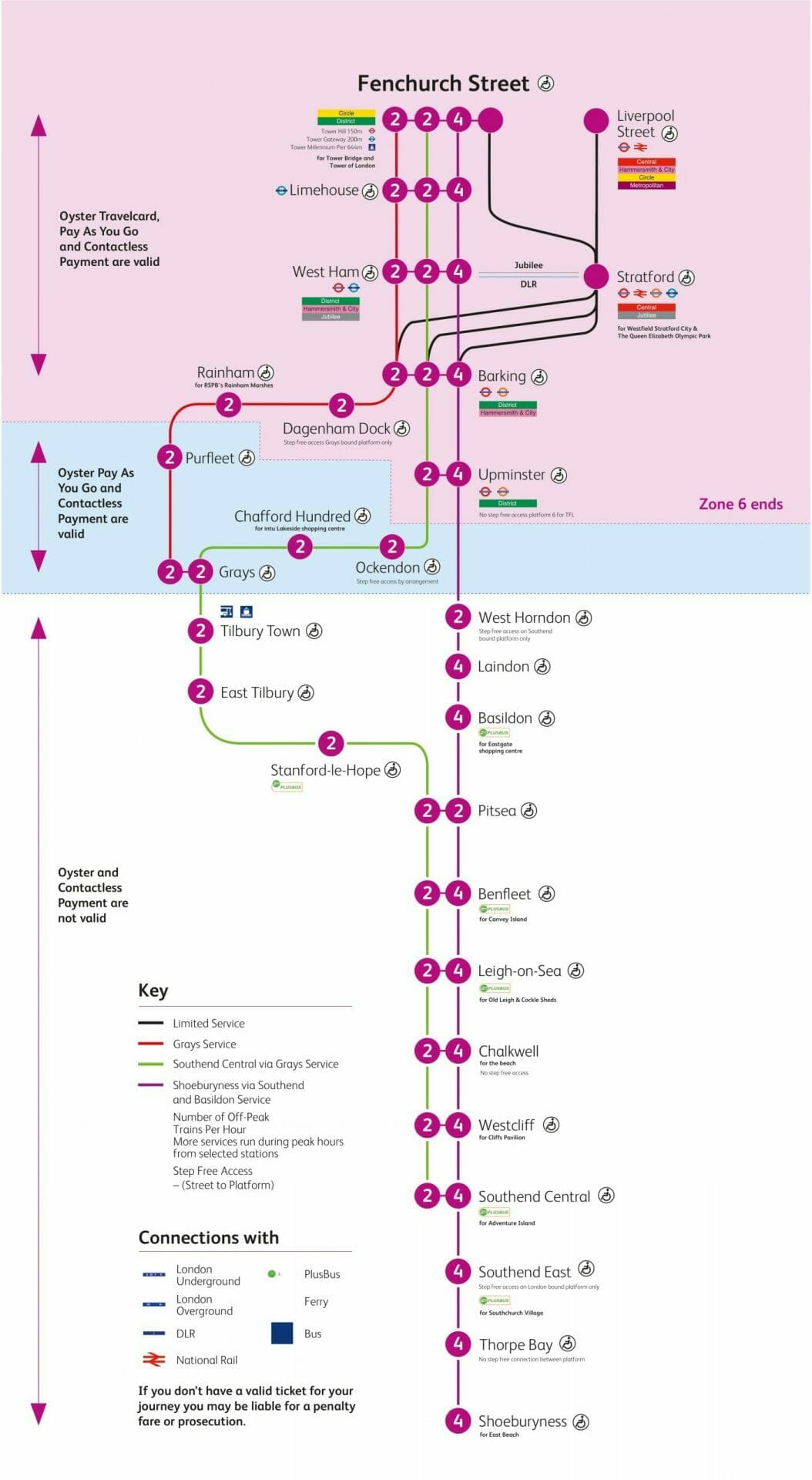 Cycle Reservations: You don't need a reservation on c2c trains.

There may be a delay to your c2c train if there is work on the track or bad weather. It is worth checking if your train is running on time.

To do so, visit the c2c JourneyCheck page.

When there is a delay to your c2c train, you can get compensation as follows:

You can find more information on the c2c Delay Repay page.

What does c2c stand for?

c2c is thought to stand for numerous phrases including commitment to customer, Coast to Capital or City to Coast

What stations does the c2c stop at?

c2c trains stop at 28 stations with their main London stations being London Fenchurch Street. Their routes from London run to Shoeburyness, Southend and Grays.

Is there WiFi on board c2c trains?

C2c offer free WiFi on their trains with up to 100MB daily data allowance available for customers.

Can I take a bicycle on a c2c train?

Where do c2c trains go?

C2c trains run on the London, Tilbury & Southend Railway from London to Shoeburyness via Basildon, London to Southend Central via Ockendon and London to Grays via Rainham

How often does the c2c run?

Get the Cheapest c2c Tickets Now

Getting our customers the cheapest fares is what we do best. With our brand new website, we make the process of buying your ticket quicker and easier.